Welcome to
Houghton on the Hill Parish Council 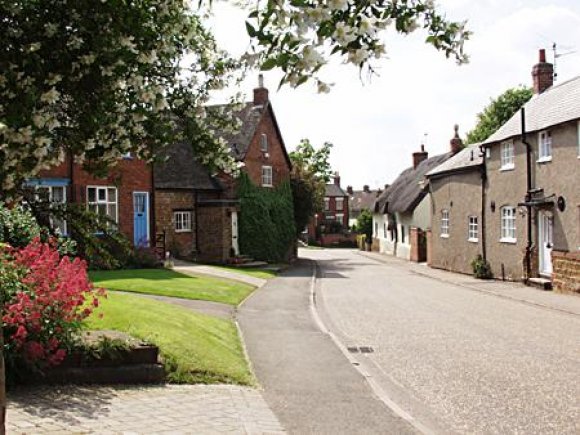 Main Street, south from the A47, is one of the original village roads containing 17th, 18th and 19th century houses. This view is looking south west towards the War Memorial.

Houghton on the Hill lies six miles east of Leicester on the main A47 Leicester to Uppingham Road. The first mention of Houghton is in the Domesday Book although it is likely there was a settlement here as early as the Bronze Age. The village, which boasts two public houses, two garages, a combined newsagents/Post Office, a pharmacy, a Co-operative store, a hairdresser and a beauty salon as well as a Norman Parish Church and a nineteenth century Methodist Chapel, had until the Second World War been centred on the half mile long Main Street. The construction of four housing developments from the 1950s to the 1980s, however, saw the population triple in size, rising from 662 at the time of 1951 census to 1,524 at the time of the 2011 census.

The Parish Council was established in 1894 with a membership of 5 Councillors and it had the same composition in 1958 although it now has a complement of 7. The Parish Council generally meets every second Thursday of the month at 7.30 p.m. at the Methodist Church Schoolroom in Main Street. Parishioners are welcome to attend and are encouraged to make individual contributions during the informal public participation session.

This verge is being managed to improve biodiversity as part of the County Council/Parish Council verges biodiversity trial. It will be surveyed in 2021 by NatureSpot volunteers but we would welcome additional wildlife records from the community, whether plants, animals or fungi. More »

The aim of the project is to demonstrate that by managing the grassland as a wildflower meadow it can support a much greater diversity of wildlife species. Different species come and go throughout the year so we will get a much better understanding of the biodiversity value of this site if local residents can add records of what they have seen. Please take a photo if possible and include it with your record, using NatureSpot's Submit Records form. Once checked and accepted your record and any photos will appear on this page!

The verge is now being managed differently to help wildlife. Mowing will cease between April and August to allow the grasses and wildflowers to grow and bloom. In some cases, verges will also have additional native wildflower species added, either as seed or as plug plants.

A list of all the species found at the site, together with any images taken, will appear below once the survey has taken place. » Less